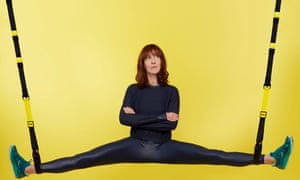 If you’ve seen a TRX in your gym, I can as good as guarantee that you’ve seen someone not know what to do with it. A long, black strap suspended from the ceiling, or a bar, splitting off at an adjustable height to two handles (or leg-handles; you can also put your feet in them), they’re quite a popular accessory in today’s gyms, and people sometimes just pull on the handles, like Big Daddy trying to move a truck in the olden days.

That is not – and I’ve got this from the horse’s mouth, Frances Mikuriya, who trained with TRX’s inventor and runs the nails-hardest indoor cycling class you’ve ever encountered – how it’s done.

It was created by Randy Hetrick, a former navy Seal who developed the idea with a jiu-jitsu belt and a parachute. Like fire fighters, Seals spend a lot of time waiting in confined spaces for something more interesting to happen. Hetrick devised this system, whereby you use your body weight against yourself. The principle is quite established – that’s how a plank works, after all – but the straps give it a new dimension. Say, for example, you’re doing a chest press. Without a strap, you’d need weights to make it effective. With one, the rake of your own body has an astonishing impact on how hard it is; lean forward at 45 degrees and you’ll feel it in your arms for a week afterwards.

It’s very versatile along the fitness range. A complete wreck of an individual (Mikuriya prefers the more diplomatic “deconditioned”) can push themselves, and so could a triathlete, using the same exercises, and the same pared-down equipment, just by altering the angle of their body by a few degrees. I find that pleasing. 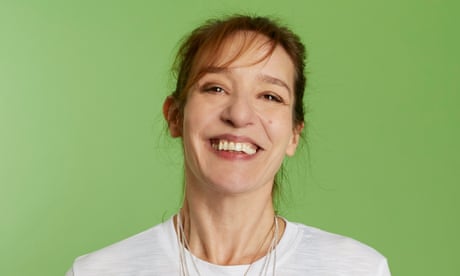 It’s “all core, all the time”; you never bend at the hip, so your abs are always engaged. TRX pros like to do it at the end of a cardio workout (we did it at the end of indoor cycling), as a combined strengthening and stretching session. There are stretches you can do that I cannot imagine approximating without the straps: including one where you stand sideways to the strap, with one foot in front of the other, and twist your body round. This feels more like osteopathy than exercise; a deep sense of resolution combined with profound weirdness. Squats and lunges are more familiar, though, with many more variations that you could do on your own, or even with the help of a wall. The plank is the truest torture: there’s a version you can do with your feet in the straps, which is just magnificently awful.

“Enjoyment” is a strong word, but I got so into it that I asked, at one point, whether people had these at home: it’s much more versatile than a chin-up bar and it wouldn’t take up any more space. Mikuriya gave me a detailed explanation of how to fit one to a door, and I realised that muscle-killing adrenaline had run away with me. I had no intention of introducing this into a domestic environment.