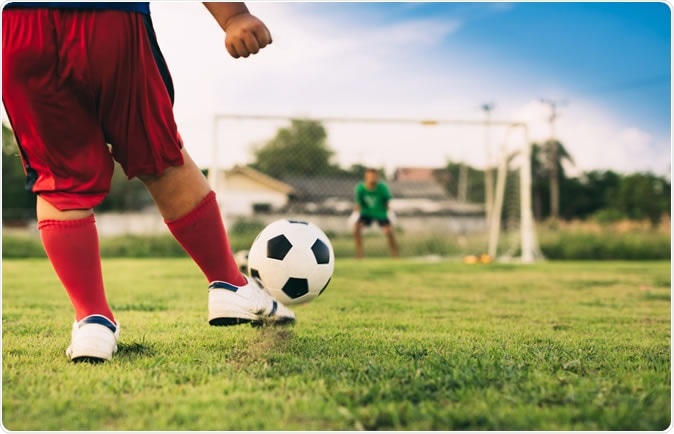 Heart disease, which was once an illness affecting adults, is now a major concern among children. In fact, many studies have shown that the risks of cardiovascular disease pile up since childhood, hence, starting to educate them about practicing a healthy lifestyle is crucial to prevent the development of chronic and potentially-fatal diseases in the future.

The risk of developing cardiovascular starts in childhood. For one, atherosclerosis, a condition wherein the arteries get clogged from a buildup of a substance called plaque on the inner arterial wall. When there is a buildup in the lumen of the arteries, it can reduce blood flow, or in some cases, block it. As a result, it can lead to various cardiovascular conditions such as stroke and heart attack, among others.

“Atherosclerosis – clogged arteries – starts in childhood and is more likely with a sedentary lifestyle and unhealthy diet,” Dr. Karine Turke, of ABC Medical School, São Paulo, said in a statement.

“Exposure to these behaviours throughout life increases the risk of heart attacks and strokes, so prevention should begin in childhood. Yet children are sitting more, eating processed foods, and obesity is becoming the norm,” she added.

The seven risk factors that may lead to cardiovascular disease include obesity, physical inactivity, smoking and use of other drugs, high blood pressure, dyslipidemia, diabetes, and stress. Also, there are two protective factors such as regular physical exercise and healthy eating.

In the study, the researchers aim to recruit 3,000 monitors, including students and teachers, to receive cardiovascular education. The monitors will teach 63,000 more students who are between 6 and 18 years old from 210 public schools in the state of São Paulo. On September 25, the team will conduct the first teaching activity during School Heart Day, wherein they will gather baseline measurements of activity and diet. Then a series of education activities and monitoring of diet and activity levels will follow.

The team presented the pilot project, including baseline results from about 422 students, with an average age of 13 years old. The students performed mild, moderate, and vigorous physical activity over one week and they recorded that the medial sitting time was about 360 minutes in a week.

“Physical activity is well below the level recommended by the WHO, which is 300 minutes per week for children and adolescents,” Dr. Turke, said.

“Modern lifestyles promote interaction by mobile phone and video games. There is less security on the streets so children cannot play outside. The programme encourages less sedentary time and finding ways to move around more,” she added.

Dr. Turke added that most parents find it easier to prepare processed foods than cooking from fresh ingredients. She added that students and their parents should make sure they eat minimally processed food items.

Improving the lifestyle of children today may help stem the development of cardiovascular diseases in the future. Schools should also provide clean drinking water and serve healthy foods in cafeterias, and even in vending machines.

Aside from that, schools should also provide wide open spaces for the kids to play and engage in various physical activities. This way, while they’re still young, they learn to value their health.