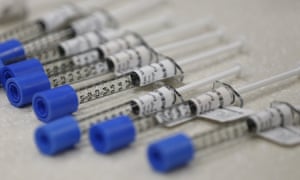 Shares in the British pharmaceutical firm Indivior crashed by more than 40% on Wednesday after it was indicted over an alleged fraudulent marketing scheme to push its treatment for people addicted to opioids.

A grand jury in the federal court in Abingdon, Virginia, said that Indivior marketed Suboxone Film, an opioid-based drug, as a safe and controllable treatment for opioid and heroin addiction.

But the indictment on Tuesday said that Indivior – until 2014 part of Reckitt Benckiser – sought to boost sales by illegally telling healthcare providers and programs that Suboxone Film, which contains the opioid buprenorphine, was better and safer than similar drugs, when in fact it was not.

The company also established a telephone program for patients to call to be connected with a doctor for opioid addiction and dependence treatment, which Indivior used to connect patients to doctors Indivior knew were prescribing Suboxone and/or other opioids in a careless and clinically unwarranted manner, the indictment says.

The company was charged with 28 counts of healthcare fraud, mail fraud and wire fraud related to the marketing of Suboxone Film.

In a statement, Indivior, based in Slough, Britain, and Richmond, Virginia, called the indictment “wholly unsupported by either the facts or the law”.

The justice department “has apparently decided it would rather pursue self-serving headlines on a matter of national significance than achieve an appropriate resolution”, it said.

“We will contest this case vigorously and we look forward to the full facts coming out in court.”

Shares in Indivior, which was spun out of the FTSE 100 household goods group Reckitt Benckiser five years ago, tumbled 42% to 60p in early trading on Wednesday. Shares in its former owner dropped almost 3%, to £62.29.